‎
Babú is definitely pounding miller and listening to get angry, stay angry

GET OUT OF MY WAYYYYYYYYY
YESSSSSSSSSS

Minaw said:
GET OUT OF MY WAYYYYYYYYY
YESSSSSSSSSS
Click to expand...

Gee Pat, I think someone in front of you would technically be in your way.

still not a player but you still a hater

Even the fantasy he lives out in his head is so mediocre it's astounding.

RobertMewler said:
Asshole made it personal when he added me as a Doe. Really, dickhead? You're going to sue me over one comment I made on a message board years ago? I'll wait out your death and have the last laugh.
Click to expand...

I love the fact he spent Thousands of dollars to name you in a suit the judge pretty much laughed at and threw out.

‎
The left runs academia so anything inherently evil they disavow and call right wing. Never forget both Hitler and Mussolini were socialists. Italian Fascism was considered a far left movement, as was the National German Socialist Workers Party, until the leftists in academia decided they needed to distance the left from these movements.
Last edited: Jul 3, 2022

‎
Pat really is a big fan of correcTing the record.


ThaT did noT occuR.

Just trying to have a real moment

Minaw said:
GET OUT OF MY WAYYYYYYYYY
YESSSSSSSSSS
Click to expand... Hes looking at the ground the whole time. As soon as he switches to his back you punch him in the snout as hard as you can.

The Ricci/Lawless/Redhead Chick From B52s Alliance

Its funnier knowing he had to do two takes. He is such a staged weirdo. He needed to make sure it was just right for twitter because his following demands it.

IGotATreeOnMyHouse85 said:
I’ve noticed that over the years, especially on the left they will call everyone they don’t like a word until it loses its sting from being overused. Racist was used for everyone they didn’t like until it just became another word. Then it was white supremacist but that’s even lost its shock value. Now it’s fascist but it’s obvious most that use can’t even explain what it means. Even calling a politician Hitler has gone stale yet at one time that was like the ultimate shock insult. But since World War 2 was so long ago and kids aren’t even learning about WW2 it’s now almost a boomer thing to call someone Hitler. I remember seeing a news report of a study on people 18-25 and they barely knew about the holocaust, what Hitler did, WW2, etc.

I think the first time I saw people comparing a politician to Hitler was Reagan’s first term. I guess by then enough time had passed that comparing someone to Hitler wouldn’t get the Jewish groups too upset.
Click to expand...

I remember growing up in the 80s we rarely used the word racist, it was prejudiced that we used

I would try to get around him, but my car only has half a tank of gas

peckafacce said:
I would try to get around him, but my car only has half a tank of gas

Look at Amy Schumer over here

Brian_Gilgore said:
hahahahaha "I apologize for using the wrong pronoun" 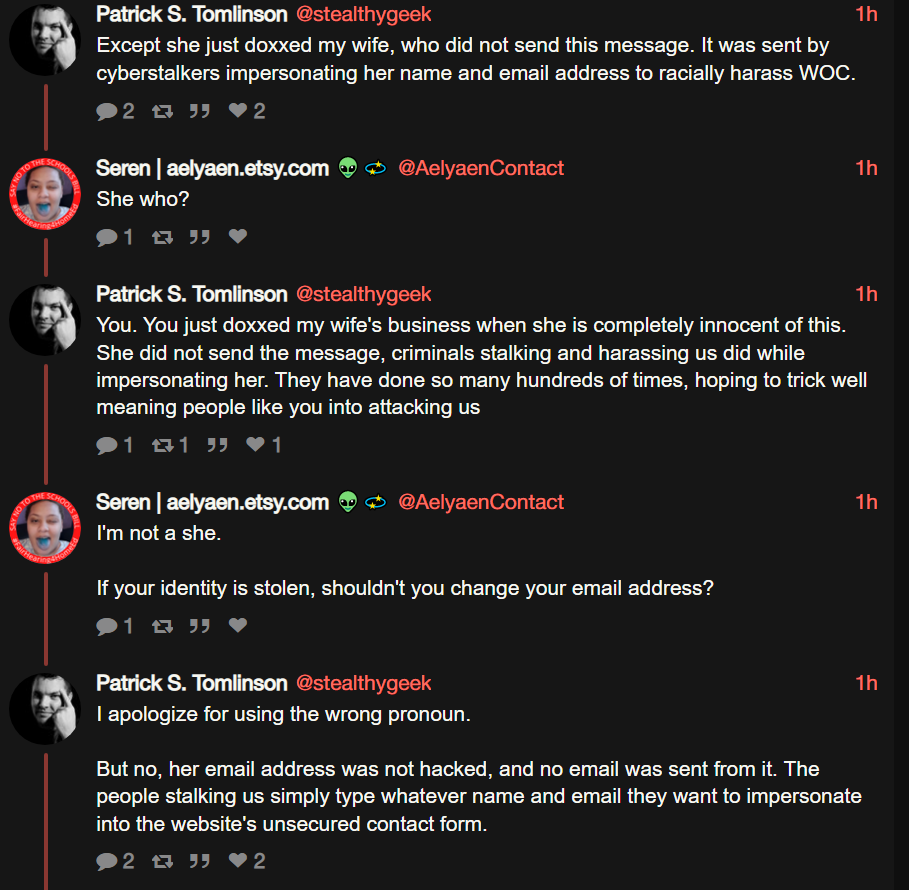 So many pages to catch up on, but this is great.

Choke on your hubris and not a ham sandwich for once, Palma Boy.

‎
To get over this loss of Allie’s he needs his sexual needs met. With Pigs sure case of erectile dysfunction, I can only hope his sow of a wife tries “sounding” him with expanding foam.

Oh, what a great capper to my first weekend of vacation.

All of those were real tweets too, amI remembering right?

Now THAT, Brothermen, is how you executive produce.

TheDeadCuban said:
I was sure this had to be one of you...it's not. The account is from 2011 that tweets nothing but leftie talking points. I'm pouring a drink.
You must log in or register to reply here.
Top