Nobody cuffs Torque. Torque does the cuffin'! OH!

‎
Not even the same band without dimebag and Vinny. Let it go.

‎
It feels disrespectful but I might go see them anyway.

‎
If the tickets are priced right i might see it knowing zakk and dimebag were good friends so his doing more of a tribute thing.

‎
Kind of gay. Anselmo was already doing Pantera shit with The Illegals, I saw them opening for Slayer a few years back and it was pretty good. Just add Rex to that band if you like, but bringing back "Pantera" without the two brothers is weak. It'll be like that version of Lynyrd Skynyrd that still tours with like one guy from the actual band. Rex Brown is one of the most faceless guys around, who the fuck cares either way if he's there?


He can't help himself. Obnoxious faggot.

Them boys would fly in the mud over my house

‎
yeah generally gay since its all tainted now, old pantera is still amazing of course

‎
The half that mattered is DEAD

‎
I love Rex and Phil. But you can’t have Pantera without the Abbott brothers

‎
Zakk I get, but the nigger from Anthrax?

The ONLY station that REALLY ROCKS!

‎
They already sucked before half the band died. What’s the point? 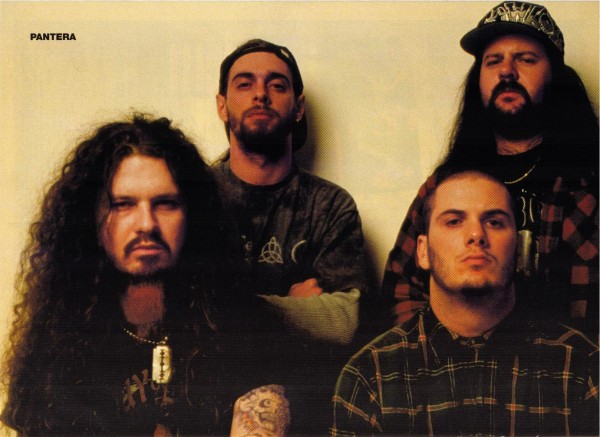 They going to play some of them gemini classics?
View attachment 56617


He can't help himself. Obnoxious faggot.
Click to expand...

Blech, Whatta faggot. Making it all about him. The good half is dead.

RaggotFetard said:
Blech, Whatta faggot. Making it all about him. The good half is dead.
Click to expand...


He can't help himself. Obnoxious faggot.
Click to expand...

I really wish he wouldn't do that, he doesn't do it so much in Black Label Society, I wonder why?
Q

‎
Snakk just doesn't sound anything like Dime.
You must log in or register to reply here.
Top