Now seems as good a time as ever to tell this full story.

‎
Im not ashamed to admit it. When NPS first started I was mad hype about it and very eager to get involved. But the guests he was getting in those early shows were the A listers. Josiah himself, Boomia was on at the height of Boomia-mania. How was I gonna convince him to do a show with little old me?

I knew I had to do something creative, and during an 8 hour shift of watching paint dry I thought to try and convince Dan that I was Brother Joe. I didnt think much of it at first and doubted it would ever even work but I shot him this email. It was just a shot in the dark. I didnt even think I would get a response at all and didnt think there was a chance he would buy it. But lo and behold... Wow, he cant possibly think this is real right? I couldnt believe it. Fuck it, lets just go with it. Ok, I had not taken into account that I would have to do a test call. For a minute I thought my plan was foiled. There’s no way I can do a convincing impression of Brother Joe, so my only option was to somehow convince Dan that I was...someone else? How the fuck could I be someone else and not make him suspicious as fuck that this was a ruse? At this point I started monitoring Joe’s social media to make sure I wouldnt pretend to be him while he was clearly doing something else, and to also add some realism to it. I had a date set for the test chat, but still had no plan on what the fuck to do. I had actual plans to go out that Monday night (what a concept), so I had to move it back and still make it seem real. So far so good, but I had 24 hours to come up with something.

I saw that Bro Joe was just coming back from a gig in Detroit and he posted about delays and other issues, so I used that as an excuse. And I came up with a way to speak to Dan as a third party. Right here, I thought I was fucked.
“Ok Joe, dot dot dot, sounds good”
That last email to me sounded like he was suspicious as fuck. But fuck it, I was gonna join the stream and give it my best shot.

Im probably some sort of psychopath for coming up with this, but I created a character named Mike that was a Philadelphia teamster that helps Joe get connections and hookups to music gigs in the area. My uncle is a teamster and I used to get work with him in college so I could easily speak from experience how that would all work.

I was expecting to enter the chat and have Dan be immediately suspicious of my identity. “Alright who the fuck are you” is what I was expecting, but right off the bat it appeared that I had him hook line and sinker. I gave a story about how Joe and my dad go way back in the music business so we take care of him as best we can. Shot the shit for a solid 10 minutes, brought up the Peoples Court thing and Dan tried his best to keep the peace and say that he had nothing to do with it (which I dont blame him for, if I thought I was a cunt hair away from having Joe on the pod I’d do the same thing), and then it was time to drop the nuclear bomb.

I said “Alright, I’m gonna step out and give Joe a call, he’s on his way home let me see how close he is” Dan said sure.

I stepped 3 feet away from my phone, waited like 20 seconds and came back.

“I just got off the phone with Joe. He said you’re a fat faggot with bitch tits, so he’s gonna have to cancel the interview.”

Now there was a very long silence. Like 10 mississippis. And Dan said something like “so thats it? its a prank?” and at this point I introduce myself as NortheastPhilly from the forum. I thought we would have a good laugh but it was awkward. I could tell he was rattled. He was kinda laughing but he seemed pissed. I started to kinda ballwash him and said I just wanted to get on the show so I did something creative, I love that we have a pod now blah blah blah. And that was pretty much that.

Dan if you’re reading this, this isn’t an attempt to motherfuck you. Just a funny story I’ve always wanted to tell in full. I never did because I think posting private messages is scummy but I think after what happened I can make an exception. I still give you credit for sticking your neck out and trying to make a cool extension of the forum. I wish you nothing but the fawkin best, and if you ever want to do a comeback show, I will gladly do it with you. I think its fun.

And it wouldnt be onaforums without kicking a nigga while he’s down. So fuck it, we’ll do it live...
production sucks.
Last edited: Jun 14, 2022

‎
Jesus, he really was fucking gullible. I like how your first couple of messages were shorter than his, that should have been a complete giveaway of the entire bit.

‎
I should mention that this entire thing was made possible by the fact that Dan actually texted Brother Joe a week prior to this, and the stars just aligned for the bit

NortheastPhilly said:
I should mention that this entire thing was made possible by the fact that Dan actually texted Brother Joe a week prior to this, and the stars just aligned for the bit
Click to expand...

I really thought the hangup the first time you were on was fake like his version of doing Opie, was it?

‎
They taught you 'Social Engineering' HUMINT shit at the Naval academy didn't they...eyes on a swivel with this one brothamen.

covidcumia said:
I really thought the hangup the first time you were on was fake like his version of doing Opie, was it?
Click to expand...

The first hangup was a complete surprise to me. I fully planned to rehash this bit with him on the air. When he booted me I didnt even know what was going on, thought I just lost connection. But I didnt care, I just thought it was funny. Obviously if I get him like that he’s gonna get me back. I DM’d him afterwards saying hey man you got me good, and everything was hunky dorey. The two times he dumped me after that were planned.

I was born a poor black child.

‎
That Josiah inspired reveal really knocked the wind out of the little fella!

‎
You could tell it got to him but he didnt want to show it too much.

I really dont think its possible to do a podcast internally without eventually getting trolled by this place. It has never worked. Sure it would be nice to get the word out on some of the bigger bits but its only a matter of time before the troll becomes the trolled. Especially when you start acting like you are above the lowly trolls that dont directly troll pat.

Smitty Dunbar said:
They taught you 'Social Engineering' HUMINT shit at the Naval academy didn't they...eyes on a swivel with this one brothamen.
Click to expand...

MOS 35 not sure what letter is Human Intelligence but this guy is a pro lol. 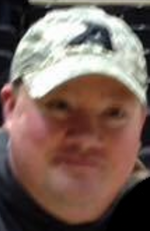 You think this is a fucking joke, bud? We're live on air in ten & you're standing here telling me you're not Joe Cumia, bud. "He's ducking through the alleys!"

NiceNameStupid said:
Jesus, he really was fucking gullible. I like how your first couple of messages were shorter than his, that should have been a complete giveaway of the entire bit.
Click to expand...

I've said it before, but Dan's the definition of a social climber. He never one stopped to think about the society he was trying to climb though.

still not a player but you still a hater

‎
You have one (1) unread message from [email protected]

The Ricci/Lawless/Redhead Chick From B52s Alliance

‎
I searched his name in musical criticism before he deleted his account. He had like 7 posts and nothing to do with Joe.

If he was a true pest he could tell that wasnt Joe right away.

Is that Shane Gillis

Dougie said:
I searched his name in musical criticism before he deleted his account. He had like 7 posts and nothing to do with Joe.

If he was a true pest he could tell that wasnt Joe right away.
Click to expand...

Was Joe going to do it for free?

Thats a big red flag
You must log in or register to reply here.
Top